A surge in private and public investment, growing visitor numbers and game-changing tourism projects underway is driving the demand for short-term accommodation in the City of Logan.

Located just 30 minutes’ drive to major destinations – Brisbane to the north and the Gold Coast to the south – Logan welcomes 1.4 million visitors each year and continues to have strong levels of growth in domestic and international overnight travel.

The $12 billion of tourism infrastructure injected into the wider region, places the city in a strategic position to take advantage of the boom in visitors to South East Queensland.

However, recent growth forecasts suggest occupancy rates in Logan will exceed 80 per cent by 2021, set to trigger a severe undersupply of rooms and leakage of trade by 2026.

Logan’s current supply is limited – at around 300 rooms across 12 facilities, it comprises primarily of motel style accommodation concentrated along arterial roads.

Despite high occupancy rates, no new hotel stock has been developed in more than a decade.

As cities like Brisbane focus on servicing the leisure travel market, Logan has the potential to grow its stake in the business travel market.

Home to more than 21,000 registered businesses, many headquarters and operational bases in Logan generate a substantial and continuous demand in overnight room stays.

Just one example is global company John Deere – its headquarters for Australia and New Zealand is located in Logan and receives around 700 domestic visitors every year for training alone.

When compared to similar areas, Logan is undersupplied in the number of commercial short term accommodation rooms relative to population, workers and visitors.

As one of the largest employers in the city, the Logan Hospital in Meadowbrook is one of the busiest health service providers in the region and has recently kicked off its $460 million expansion project.

Meadowbrook has been identified as a hotspot for potential accommodation facilities, aligned with Council’s master plan to develop the centre as a medical and health precinct.

With projects like the hospital underway and large private enterprise investing in Logan, the demand could outstrip supply faster than predicted.

In the last financial year, building activity in Logan was valued at over $800 million.

Zarraffa’s Coffee moved into their $20 million purpose-built national headquarters from the Gold Coast to Logan in August this year.

The company’s new HQ will support 90 plus stores across Queensland, New South Wales and Western Australia and provide the space to progress their future expansion plans.

Headed by founder of Zarraffa’s Coffee, Kenton Campbell, Distillery Road Market is set to become a world-class food experience destination akin to iconic markets such as Chelsea Market in New York and The Grounds of Alexandria in Sydney.

Campbell said the timing was right to relocate to Logan, given its central location along the growth corridor between Brisbane and the Gold Coast.

“From the point of view of customers, staff and suppliers, there is no better place, than where we are right here,” Campbell said.

“Logan has given me the ability to create something special at Distillery Road Market and for Zarraffa’s.”

Distillery Road Market will be the first of its kind in Logan and Queensland, and is part of a growing tourism cluster in the Beenleigh and Eagleby area.

In the next few years, the city’s strategic focus on developing its capabilities in the business, cultural and sports events sectors, will see Logan’s relatively youthful tourism industry continue to evolve.

Over the past 6 months, Logan City Council’s events acquisition program in partnership with Sports Marketing Australia has since attracted attendance of more than 14,000 competitors and spectators across 50 event days.

“A capacity and capability assessment identified Logan’s potential to become a sports super centre in South East Queensland,” he said. 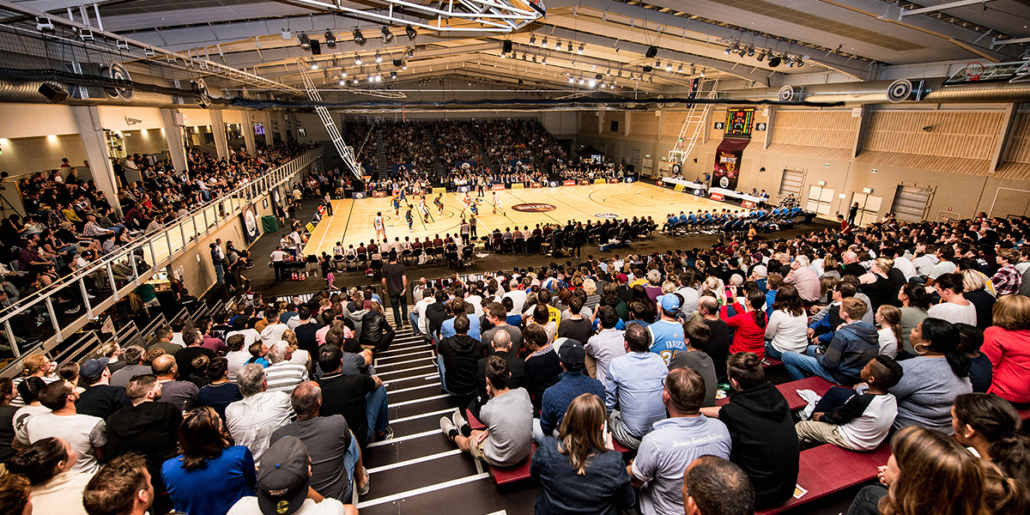 Image: Logan Metro Sports and Events Centre is the third largest venue in Greater Brisbane accommodating up to 2,100 guests

In 2018, the Brisbane Roar Football Club invested $9 million to develop a state of the art training facility and operations base at Logan Metro Sports Park and has plans to host tournaments.

And the recent $65 million whitewater adventure park proposal, now at the pre-feasibility stage, will be a game-changer for Logan and the region – with the potential to become an iconic tourism asset and future Olympic Games venue.

The demand for short term accommodation continues to escalate as the line-up of major sporting tournaments join Logan’s events calendar.

Given the strong demand fundamentals and opportunities across business, events and the emerging tourism industry in Logan, there is a demonstrated gap for a business style, specialist hotel or serviced apartments.

For more information on development incentives and to download the study on short term accommodation investment opportunities visit www.loed.com.au/investinlogan.