An events partnership that has brought thousands of visitors to the city and has the potential to inject millions of dollars into the local economy will continue in 2019/20.

Council has collaborated with a leading national sports, events and conference agency for the City of Logan to host a number of major events in the last 12 months, including the Touch Rugby League State Championship, the Royal Rumble Roller Derby and the Queensland PGA (golf) Trainee Championship.

“Each successful event generates a positive image of the city which translates into increased visitation and investment,” Ms Barton-Harvey said.

“This benefits the entire community and grows our reputation as a sporting and cultural hub.

“The growth and expansion of our Events Attraction Program will undoubtedly see more exciting opportunities come our way.”

Other events under consideration include the Queensland PGA Championship, the 2020 Squash Australia National Championship and the National Inline Hockey Championship.

Council is also on board with the Council of Mayors (SEQ) efforts to bring the 2032 Olympic and Paralympic Games to South East Queensland and contributed to a recent feasibility study ahead of a possible bid.

Should the Games come to Queensland, Logan will have two Olympic-standard venues ready to go with a BMX freestyle facility under construction and a whitewater park in planning stages. 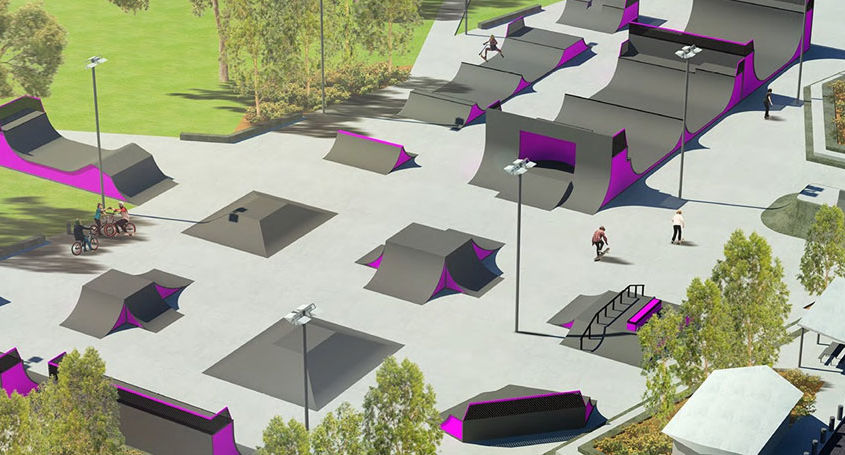 Council is currently scouting locations and undertaking an economic feasibility study into the proposed whitewater park project, which would be a Queensland-first.

In Beenleigh, a $3.1million rebuild of Doug Larsen Park currently underway will give Logan what Cycling Australia has rated Australia’s premier BMX freestyle facility ahead of the sport’s debut at the Tokyo 2020 Olympics.

In a community-driven effort, Logan-raised BMX freestyle 2017 world champion Logan Martin helped design the BMX course and skate-park half-pipes along with representatives from Cycling Australia and the local BMX and skateboarding communities.

Park Ridge potential to be unlocked
Scroll to top