Construction will start next month on the first major commercial office development in Beenleigh.

InvestLogan and Alder Developments have received development approval from State Government and local council to proceed with The York, at 96-98 York St.

The approval allows for an underground carpark and a winter garden overhanging the street.

InvestLogan Chairman Steve Greenwood said the approval for the seven-storey building was an exciting step forward for project partners and the people of Beenleigh.

“We are extremely pleased with this outcome and look forward to getting the project under way in what will be a catalyst for the revitalisation of Beenleigh,” he said.

“The built form of the development pays tribute to Beenleigh’s rich history, urban structure and rural setting in both building form, colour and materials.

“The development is designed to provide a modern interpretation of the distinctive character of Beenleigh’s historic buildings with elements like the winter gardens protecting the street like an awning, while enabling passive surveillance of the active spaces and streetscape.” 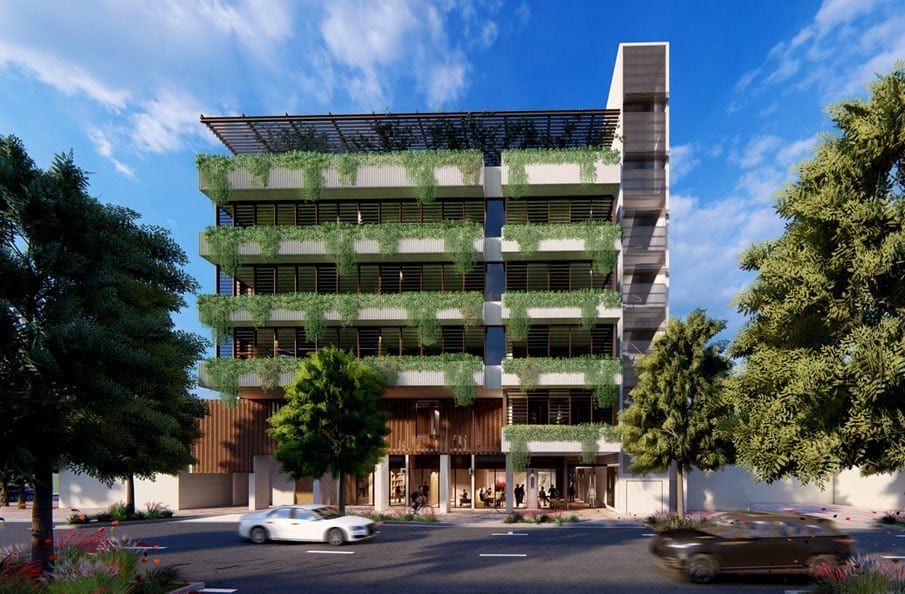 The York will have 156sq m of ground floor retail, 452sq m of study or home office space and 4003sq m of office space as well as two levels of underground carparking with 10 short term car parks for public use.

It is the first new major commercial office building to be constructed in Beenleigh in the last decade, the project is expected to bring 140 new full-time jobs and 100 construction jobs to the area.

General manager of Alder Developments Greg Tupicoff said preliminary works have commenced to prepare the site for construction and he anticipates work will start in April.

John Lane access and York St access will remain open to pedestrians and vehicles throughout the construction period.