Construction has started on a major commercial office development in Beenleigh—the first in a decade.

Known as “The York”, the development is being driven by investLogan and Alder Developments at 96-98 York St.

The streetscape will be enhanced by cascading greenery.

The project is expected to create up to 100 construction jobs at a time when the local economy and local construction businesses are attempting to recover from the impacts of the pandemic.

In 2017, Council hosted the Beenleigh Summit to unlock the area’s economic potential. From there, the Beenleigh Implementation Plan was unveiled to guide the planning and delivery of priority projects and programs in Beenleigh.

investLogan Chair Steve Greenwood says the start of construction on The York signifies the next stage in the evolution of Beenleigh.

“The design and delivery of catalytic projects like The York will contribute to the revitalisation of Beenleigh and encourage further private sector investment,” he says.

“The York is delivering more than 4000 sqm of commercial space as well as the SOHO apartments, which will provide a contemporary tenancy space for small businesses that are the engine room of the economy to evolve and grow.”

The York is due for completion by late 2021. Access to John Lane and York St will remain open to pedestrians and vehicles during construction.

Investment in Beenleigh over the years

Logan City Council has invested in important infrastructure in Beenleigh’s CBD since 2008 when local government boundaries changed. Some of the highlights include:

The York in numbers 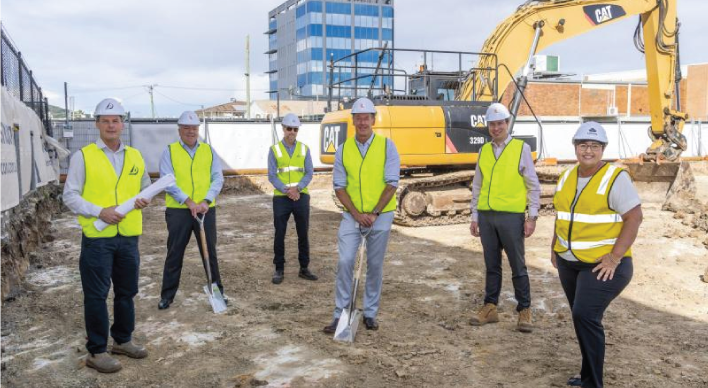